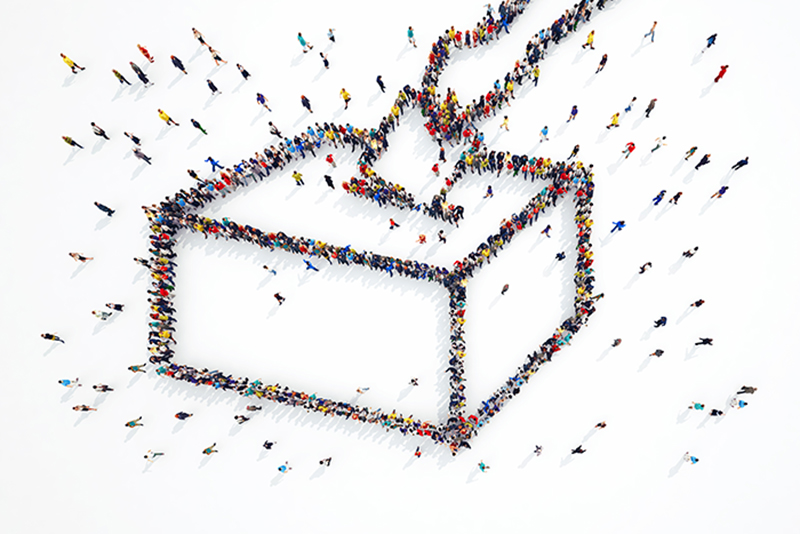 You enter the polling station, get your ballot, put a tick on it and cast it into the ballot box. You just have to wait till evening when the results of national exit-polls are announced. Already in a couple of minutes after closure of polling stations you come to know who ‘has won’, and who ‘has lost’. At the same time the ballot which still recalls the warmth of your hands, together with other paper expressions of will, keeps lying in the ballot box. It is not interested in exit-polls. Not interested in what parties will make the government, and what parties be in the opposition. For the ballot it is important that it is counted, recorded in the election protocol and not lost on the way from the precinct election commission. What do we know about Ukrainian election protocols, ways and roads, and why does it all matter?

Each election commission must adopt its election protocol. This is, in fact, its most important ‘reporting’ document. The most important results of the day of voting are recorded there: the number of voters on the list and the number of those out of them who participated in the voting; the number of unused and spoiled ballots; the number of votes in favour of each party or candidate, etc. That is all fixed with the signatures of the commission members and the seal. Also, the protocol indicates the time when it is signed. Then the protocol is transported from the precinct to the district election commission. There it is verified and included into the Unified Information and Analytical System ‘Election’. The procedure of transferring efficient information about the results of voting is determined in Resolution of the Central Election Commission No. 1074 as of September 25, 2012.

Let us note that protocol data should in any case be recorded in the electronic system – regardless of whether the protocol contains any mistakes or not. The system records the time of data entry. In case there are mathematical divergences in the protocol, grammar or other mistakes, or it is filled out not in carefully – the district commission asks the representatives of the precinct commission to ‘specify’ such protocol. In other words, to correct the mistakes made. ‘Specification’ of the protocol shall take place in the meeting of the precinct election commission. That is, in case the DEC rejects the protocol, PEC representatives who have brought it should go back to their polling station, remove the mistakes traced, adopt the ‘specified’ protocol and bring it to the DECs for verification and acceptance. And it may go circle-wise many times until the DEC accepts the final ‘specified’ protocol. 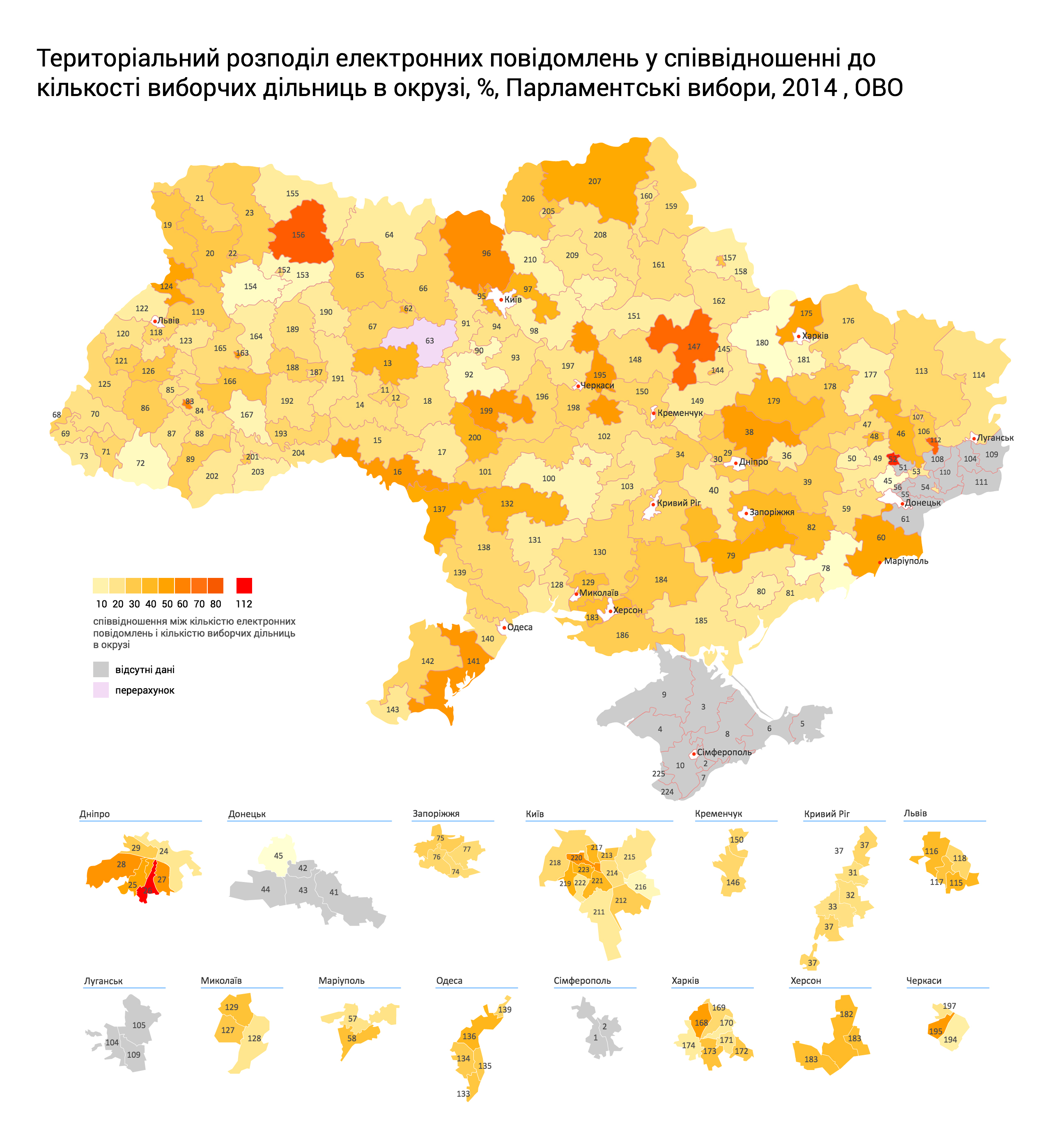 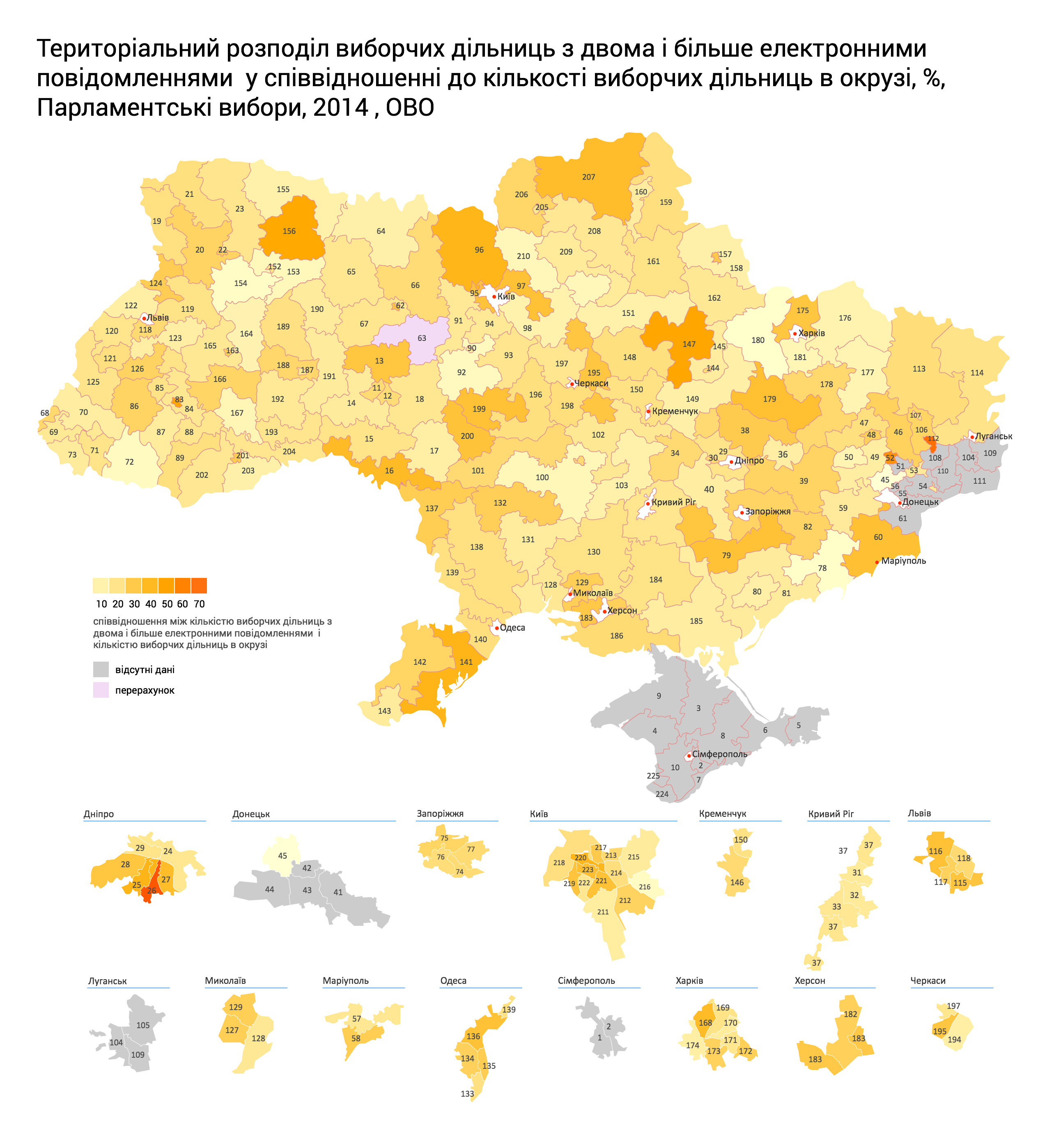 For some constituencies the sum of divergences exceeds 30% of the general number of polling stations. That proves that it is impossible to trace any correspondence between the content of electronic messages and paper protocols in quite a number of polling stations. In other words, the system may have three electronic messages, while there is only one protocol in the archives, and under that protocol we will not manage to trace the changes from the first up to the third electronic message. Certainly, one could try and trace such changes via UIAS ‘Election’. If they are saved there. However, that will not yield an answer to the question which has become the main one: why no complete convergence between the numbers of electornic messages and paper protocols is available for any of the ten constituencies? What could this be accounted for? At what stage of information transfer did the loss take place? Finally, who is responsible for that? These questions are more important than the divergences traced, since they refer already not to separate constituencies and polling stations, but to the system of election data transfer and accounting on the whole. One thing is when divergences in the data is traced and it can be analyzed, explained, its influence on the results of voting is determined. And quite a different thing when the divergence traced cannot be analzyed and explained. At least, using the means known and available as of the date the article is written.

In their reports international organizations observing the 2014 election draw attention to large-scale violations of the election protocol specification procedure. One of the main violations indicated is specification of ballots in the premises of DECs and not in the polling stations, the way the law has it. We decided to clarify to what extent such violations are systemic.

Having coordinates of the location of polling stations and district commissions, we used Google Maps and determined the best time necessary for transporting a protocol from PEC to DEC.

The results of the analysis show that out of 4,253 polling stations with two and more election protocols, 757 polling stations could be considered ‘dubious’, that is the ones which ‘coped’ with protocol specification sooner than it could physically be done. All in all, that gives grounds to claim that each fifth PEC which specified its protocol at least once did it not within its polling station.

One can draw the following conclusions on the basis of the study results. First, quantitative and territorial distirbution of electronic messages that must be made up on the basis of election protocols shows that protocol specification in the 2014 election was large-scale and ubiquitous. Second, there are sufficient grounds to consider that a large part of specifications are made with violation of election legislation, viz. – beyond the polling stations and not in the PEC meetings. Third, there exist considerable divergences between the numbers of electronic messages in UIAS ‘Election’ and paper protocols in the archives, which testify to lack of election data transfer system synchronization. Analysis made does not allow us to talk about the influence of this on the voting results, for the sake of changing them. Moreover, we cannot talk about the scale of such impact, if it occurred. However, the study gives us grounds to consider that our system of election data transfer is vulnerable to such influence.